The Toronto Transportation Commission (TTC) assumed responsibility for municipal transit services in the City of Toronto on September 1, 1921. This began an era of consolidation and expansion that accompanied and accelerated the astonishing growth of Toronto as a city. The TTC has played an important role in Toronto’s past and as we look ahead, it is exciting to think about how they are shaping the city’s future.

The Toronto Transit Commission was looking to not only ensure rooftop safety compliance but take all safety precautions that would reduce the risk of a rooftop related injury. With the TTC having a safety-first culture, they reached out to the Skyline Group after conducting a self-rooftop safety assessment to review various hazards and related height safety solutions. Today’s industrial and commercial rooftops can quickly become crowded with various units sitting on the roof. When reviewing rooftop safety concerns, safety personnel are looking at how an employee or third-party contractor would go about approaching such rooftop units safely, for routine inspection and maintenance. These units come in various sizes and as such can be covered by regular snowfall during Toronto’s winter months. As a result, it is important to ensure that there is safe passage in and around these units year-round, reducing the risk of someone tripping over a duct system or stepping into a snow-covered skylight. This is no different at the TTC facility. When reviewing their rooftop HVAC systems, Skyline was tasked to ensure safe passage to each system, while enabling the maintenance team to be safe while working at heights. The criteria to be met fell into two categories: compliance and design. Compliance Requirements Design Requirements 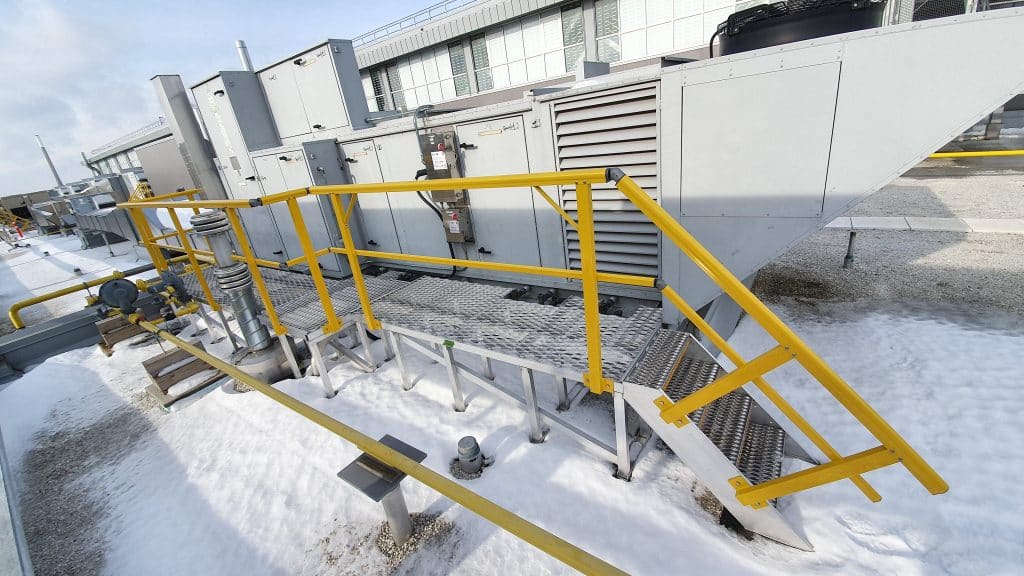 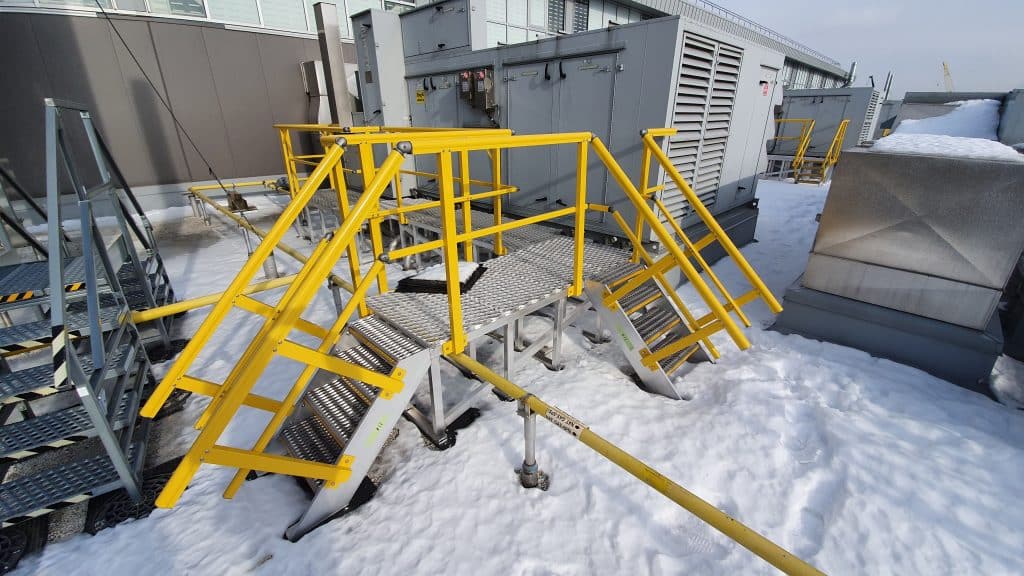 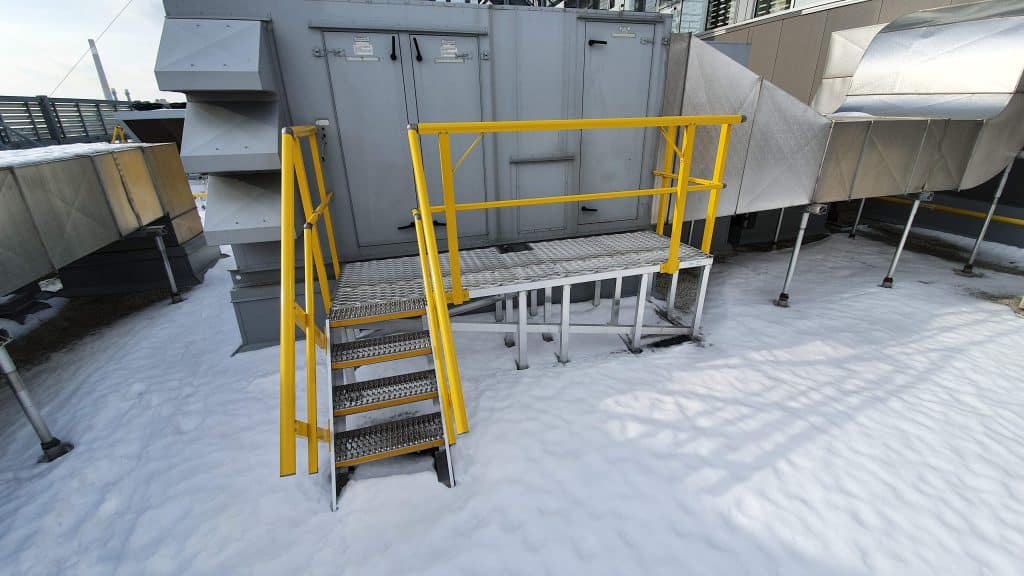 After a review of the rooftop access points and those rooftop units that require routine maintenance by the TTC. Skyline Group proposed a safety solution that ensured a safe walkway, including a guardrail system, manufactured in aluminum. This reduced the chance of a slip during the winter months, while offering a safe and secure platform to work from. The high-quality aluminum also offered corrosion protection for 10+ years. A crossover solution helped the facilities maintenance team safely walk and work at heights while on the roof. With the height safety solution being modular and made of aluminum, the general contractor was able to transport the units with ease. The savings in labor alone reduced the budget requirements for installation, enabling the opportunity for the general contractor to work on other rooftop-related projects for the TTC. This customized roof safety solution was not only under budget, but met strict deadlines.

No comments to show.